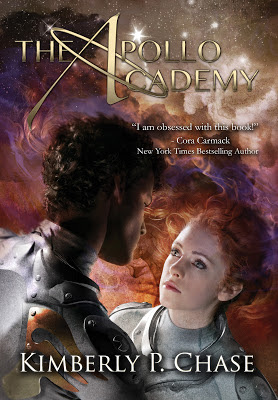 As the heiress to Titon Technologies, eighteen-year-old Aurora Titon can have whatever she wants—clothes, expensive gadgets, anything money can buy. All she really wants is to escape her pampered, paparazzi-prone life for the stars. Becoming the first female pilot to train as an astronaut for the Apollo Academy is exactly the chance for which she has been waiting. Everything would be perfect if it weren't for her unreciprocated crush on a fellow student, the sexy astronaut bent on making her life hell, and the fact that someone keeps trying to kill her.

The first in a four book new adult science fiction series, The Apollo Academy, is an action packed story of love, discovery, and survival.


My Review:
A geeky sci-fi with romance, cool gadgets, and surprising secrets leaving you wanting more.

I am so excited for this series. As soon as I started reading it I remembered being a kid and sitting on the roof of our old condo building on and watching the space shuttle launch. It was spectacular. I wanted to be an astronaut then, and after reading The Apollo Academy I want to be one again. I loved this book and I can’t wait for more.

Meet Aurora Titan: heiress to mega-corporation Titan industries and a favorite target of the paparazzi. But no worries, isn’t a Paris Hilton. This girl is smart, a bit nerdy (love that), independent, and beautiful. She is so much more than her namesake. In fact, she works harder than anyone else to prove her name isn’t what got her into the in the first place. Did I mention she is also the first female cadet pilot? I so want to be .

Meet Zane: He’s hot, sexy, a total tech-geek and an unknown. What’s an unknown you ask? Well in the future, it’s someone with no record. They basically don’t exist. For the complete opposite reason than , Zane also had to work ten times harder than anyone to gain acceptance in to the . Graduation means he will finally “exist” again.

There is a great list of supporting characters including sexy instructor Sky, hilarious BFF to —Kaylana, shotgun to Zane—Akemi, and even the aggravating mean-girl—Hailen.  It’s like the grown-up version of Space Camp (awesome 80s movie…I think that’s the right decade).

The book opens with Aurora and Kaylana enjoying a last night out before the Academy at a hot night club. lets loose a bit and finds herself in the arms of a sexy guy. She’s ready to lock lips with him, but he disappears before she gets the chance. Imagine her surprise when the next time she sees him is at orientation. Awkward, but really cute.

The two have great chemistry. Zane tries to stay away, after all he’s an unknown and she’s an heiress, but he’s won over by . So when keeps finding herself in live-threatening situations, Zane is determined to get to the truth.  The suspect list is long, from corporate rivals to future “environmentalists,” and each one has a strong motive. It will take a lot of trust and some cool technology to get to the truth.

There are so many twists in the story and each character plays a role that you don’t expect. I don’t want to give away spoilers, but discovering Zane’s personal mystery and how it ties into everything was surprising. I want to know more about him, Sky, and all of the characters.

I’ve been dying for a good college-age series and this is it. There’s romance, hunky guys (still not sure if I’m TeamZane or TeamSky), cool technology, and hello? Astronauts! The is a great introduction for what I know will be an exciting and slightly nerdy sci-fi series.

Check it out on Goodreads. And while you are there be sure to enter to WIN a copy HERE. 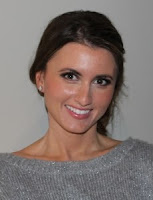 Kimberly P. Chase holds a Bachelor's Degree in Aeronautical Science from Embry Riddle Aeronautical University, which basically means she's kind of a geek and loves flying airplanes. Naturally, her books tend to include aviation, hot flight instructors, aviator glasses, and—let's not forget—kissing! When Kimberly's not writing or reading, she's hanging out with her husband, four-year-old son, and two dogs.