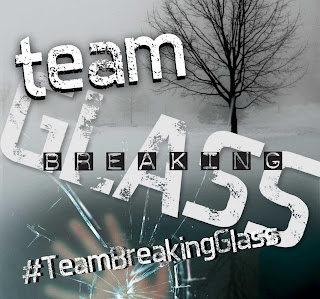 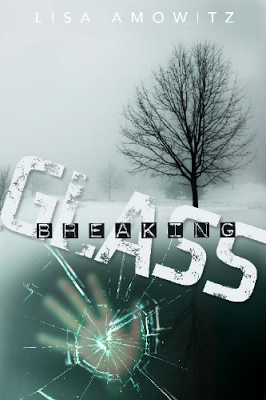 On the night seventeen-year-old Jeremy Glass winds up in the hospital with a broken leg and a blood alcohol level well above the legal limit, his secret crush, Susannah, disappears. When he begins receiving messages from her from beyond the grave, he's not sure whether they're real or if he's losing his grip on reality. Clue by clue, he gets closer to unraveling the mystery, and soon realizes he must discover the truth or become the next victim himself.

Listen to Lisa's interview with CurvyWriter Radio below!


I am so excited to host Lisa Amowitz on my blog today. Her book, Breaking Glass, just hit the shelves and if you haven't picked it up yet you really want to read this one. It's dark, chilling, and full of all sorts of twists and turns that will keep you on the edge of your seat. Enjoy the interview and then read the excerpt below. Don't forget to enter to win a signed ARC of your very own!

Where do you find inspiration for your writing?

I love telling stories and I love getting into my character's heads. I think I find the true inspiration in the words themselves. I really enjoy language and often forget this until I force myself to sit in front of my computer and write!

Tell me a little bit about your road to publication.

It's long and sordid! I wrote this horrible fantasy book a number of years ago without knowing anything about genres or children's publishing in general. I am, by trade and training, an artist and graphic designer, but I always wanted to illustrate a children's book. That horrid book—which I am not kidding you, my best friend and cousin badgered me about at my book launch party (I'm looking at you Joanne and Mark!) and insisted that I HAD to rewrite it or they might tie me up and tickle me to death or something silly—gave me the disease and I have been writing ever since. I have been through misses and near misses, crit groups and forums, and conferences. I still have the same crit group from ages ago, and though we aren't as regular as we used to be, they are my support group--the first place I turn to whine and complain and say all the stuff you'll never hear from me in public! Pity those valiant and wonderful women.

I've written four other books besides Breaking Glass--two of which (including that first one, sorry Joanne and Mark) will never see the light of day. BREAKING GLASS is the fifth book I have ever written. The sixth one is VISION which will be released by Spencer Hill Press in May 2014. The fourth book is an urban fantasy called LIFE AND BETH which will probably show up somewhere, sooner or later. The third book still has some promise and I am thinking about what might be done with it. Oh, and here I am.

Aside from Jeremy, who was your favorite character to write in Breaking Glass and why?

Oh dear--that's tough. As people pointed out, most of my characters are a little hard to like. I guess, maybe Marisa? She's sort of an underdog--someone whom you barely notice who slowly becomes more and more important as the story continues.

I love the cover! It really sets the tone for the book.  You are a graphic designer, so was it hard to design a cover for your own book? Hell yes! I am the WORST possible client. I am just too picky to please myself. It took about 30 attempts--and then my daughter and her friends insisted that the cover I chose was the ONE.

What are you working on now? I am very soon going to be getting my edits for my May 2014 release, VISION and I am trying to get back into the non-paranormal mystery I am writing. I have had a bit of writer's block, but I can feel the inspiration building to a slow boil.

Dream vacation spot. A castle in the south of France, complete with staff and four-star chef... and ghosts. And a short walk to the beach.

Coffee, tea, or neither. COFFEE!!!!!!! (most people think I should stay away from coffee).

Last movie you saw. Much Ado About Nothing.

Woohoo! Thanks for having me, Meredith! And thanks for being a part of Team Breaking Glass!

The look of rapture on Susannah’s face was reflected in Ryan’s. It was a look of curiosity and wonder, a look of such intensity that I knew anything I did to come between them was pointless. Right there in the hall near West Hall 3, I witnessed two people falling in love.

It felt like horses were trampling over my chest, like my ribs were cracking, the bone shards jammed into the soft tissue of my lungs.

But I kept the smile pasted on my face and managed to speak between painful breaths. It was a skill I’d come to master over the next three years. “Susannah. This is Ryan Morgan. The bossy kid from the playground. Ryan, meet the Pirate Queen.”

Ryan’s blue eyes dilated, his mouth falling open like he was about to take a bite of the most luscious ice cream cone ever. “Huh?” he said, eloquent as usual .

“From the park. It was like five, six years ago? Remember when we used to play pirates, and this girl came along and you said that girls were—”

“Yeah! I remember. I said girls were stupid.”

I didn’t mention that I was the one who’d vowed I was going to marry her.

Susannah smiled and flipped some stray curls out of her face. “You really said that?”

Ryan chuckled. “What did I know when I was eight? Where’s your class? I’ll take you there.”

And just like that, he slipped a muscled arm over her slim shoulder and they drifted away as if I wasn’t there. As if they’d been standing alone. I watched them go, the ridiculous smile clamped on my face like a too-tight mask.

About the Author
Lisa has been a professor of Graphic Design at her beloved Bronx Community College where she has been tormenting and cajoling students for nearly seventeen years. She started writing eight years ago because she wanted something to illustrate, but somehow, instead ended up writing YA. Probably because her mind is too dark and twisted for small children.


BREAKING GLASS, released on July 9, 2013 from Spencer Hill Press, is her first published work. VISION, the first of the Finder series will be released in 2014, along with an unnamed sequel in the following year. LIFE AND BETH will also be released in the near future, along with graphic novel style art.

SHARDS, an illustrated prequel to BREAKING GLASS, is now available as a free download at Spencer Hill Press.

***GIVEAWAY***
1-custom pendant like the one pictured on the book cover
2-signed ARCS
1-original work of Breaking Glass related art created and signed by the author.